A Modern Review of Diabetes Mellitus: An Annihilatory Metabolic Disorder

Copyright: © 2017 Deepthi B, et al. This is an open-access article distributed under the terms of the Creative Commons Attribution License, which permits unrestricted use, distribution, and reproduction in any medium, provided the original author and source are credited.

Diabetes mellitus is a disorder occurs due to metabolic problems is most frequent globally. The main indication of diabetes mellitus is a hyperglycemia in blood which is due to inappropriate pancreatic insulin secretion or low insulin-directed fostering of glucose by target cells. Diabetes mellitus can be assorted into several types but the two major types are type 1 and type 2. For type 1 diabetes patients Insulin renewal therapy is the backbone, for patient with type 2 diabetes there must be a control diet and lifestyle modification. In type 2 Insulin is vital when blood glucose are unable to control by nutritional therapy, physical activity and other medication. For the cure of type 2 DM oral hypoglycemic agents are preferred. In type 1 novel approaches like Islet transplantation and artificial pancreas were developed. By using the pathophysiology of type 2 DM there has been developing of novel medications like glucagon-like peptide 1 analogoues: Dipeptidyl peptidase-IV inhibitors, inhibitors of the sodium-glucose cotransporter 2. Due to some complications some drugs were removed from the market.

Diabetes Mellitus (DM) is an endocrinological disorder [1-9] and not a single disorder which is a group of metabolic or heterogeneous affliction resulting from an irregularity in insulin secretions and insulin actions or both. Absence or reduced insulin in turn leads to persistent abnormally high blood sugar and glucose intolerance [10]. It is probably an oldest disease known to man. It is also referred as black-death from the 14th century.

In this section a description of types are mentioned (Table 1).

Auto immune response: It is expressed as a consequence autoimmune disease [11-15], where the beta cells of pancreas are slowly demolished by the body's own immune system which reduces insulin production. In the development of type 1 diabetes both the environmental and genetic predisposing factors are significant, but the exact correlation is still unknown.

Genetical factors: Investigators have commenced at least 18 genetic positions are designated as IDDM1-IDDM18 (Insulin dependent diabetes mellitus), which are related to type 1 diabetes. The IDDM1 (Insulin dependent diabetes millites) region contains the HLA (Human leukocyte antigen) genes that encode proteins called major histocompatibility complex. In this location immune responses are affected by these genes. Other chromosomes and genes continue to be identified. We can predict the onset of clinical diabetes as much as 3 years by the appearance of ICAs frequently.

Environmental factors: Due to abrupt stress like an infection where the β-cells of pancreas falls below 5-10%. Coxsackie viruses are a family of enteric viruses which attack the intestinal tract leads to the destruction of insulin producing pancreatic β cells.

Type 2 diabetes: This kind of diabetes is also has a powerful genetic predisposition. It is suggesting that twins have 100% approaching rate for diabetes. When compared both type 1 and type 2, type 2 has 5-10% of the risk of a child for developing type 2 and 1-2% for type 1. Due to ongoing development of insulin resistance and β-cell dysfunction leads to inability of pancreas for the production of sufficient insulin to conquer insulin resistance. Nearly 85% of population with type 2 diabetes [16-18] are obese that causes insulin resistance. Particularly there is a high risk at intra-abdominal region rather than subcutaneous. To predict the risk of type 2 Body Mass Index (BMI) is used as a measure.

This type of diabetes is a long lasting autoimmune disease, where there is selective demolition of insulin producing pancreatic β-cells. When there is transplantation of pancreas from twin donars to chronic diabetic twin recipients in the absence of immune suppression is complicated due to elevated heterogenecity of pancreatic lesions of β-cells which are rapidly annihilated, and then there is development of massive insulitis by using infiltrating T lympocytes which measures an amnestic autoimmune reaction.

As a consequence of insulin resistance, abnormality of insulin production and ongoing pancreatic β-cell failure leads to insulin insensitivity which is a characteristic feature of Type 2 Diabetis Mellitus (Table 2).

Goals which includes in taking care of patients with diabetes are to eradicate the symptoms or to slow down the developing risk factors includes blood pressure and glycaemia, control of lipids which reduces macro vascular risk and stoppage of smoking and maintaining aspirin therapy.

• Awareness of given medication for diabetes.

• Awareness of acute and chronic issues.

Medical nutrition therapy: Dietary calculation is based on the body weight in pounds which is multiplied by 10 to maintain a kilo joule/kilocalorie which is essential, plus 30-100% added for physical task. The diet must include 50-55% carbohydrates, 30% fat Fiber (of which not more than 10% should be saturated fatty acids, and 15-20% proteins).

Physical activity: Inactive lifestyle is a strong risk factor for Type 2 diabetes, so exercise is useful in patients.

Islet grafting was been explored as a therapy for type 1 diabetes in selected patients with inadequate glucose control despite insulin therapy. Artificial pancreas is a closed loop insulin delivery. It is linked with a continous monitor of glucose to insulin pump. The device which delivers correct amount of insulin automatically when the monitor specify the need for the pump.

Pharmacological therapy: Oral hypoglycaemic agents are useful in the treatment of type 2 DM and insulin also includes in it and those agents include Sulphonylureas, Alpha glucosidase inhibitors, Biguanides and Thiazolidenediones. The main aim is to correct metabolic disorder like resistance to insulin and insufficient insulin secretion. They are given in combination with a suitable diet and changes in lifestyle. They show loss of weight, increase glycaemic control [19] decrease the risk of cardiac problems (Table 3).

Combinations of antidiabetic drugs with Metformin to treat diabetes: Metformin+Sulphonyl ureas-decrease in HbA1C (0.8–1.5%) than drug alone.

• Metformin+Glifozins are used in combinations now a day to treat type 2 diabetes.

GLP-1 mimetics (or) agonist: Glucagon like peptide (GLP-1) are mainly used in the treatment of type 2 diabetes which are given by injection to regulate glucose level there by stimulating glucose dependent secretion of insulin. GLP-1 mimetics are powerful in increasing glycaemia control and promote weight reduction by mimicing the mechanism of action of an endogenous stomach and intestinal hormones (Table 4).

DPP-4 inhibitors (Gliptins): It is a new class of oral diabetic drugs which help in weight loss as well as decrease in blood sugar level and they work by an enzyme which destroys a group of gastrointestinal hormones called incretins. DPP-4 inhibitors are prescribed for type 2 diabetes mellitus patients who do not well respond to metformin and sulphonyl ureas.

Amylin analogues or agonist: These are injectables which are used in treating both type 1 & type 2 Diabetes and are administered before meals.They inhibit the release of glucagon while eating, slows food emptying from the stomach. Pramlintide acetate (SYMLIN) is the class of drug available in US which is administered by subcutaneous injections. In the UK it is unapproved by National institute for health and care excellence (NICE) because it can significantly raise the risk of severe hypoglycaemia (Table 5).

SGLT- 2 inhibitors: Selective sodium glucose transporter-2 is used to treat type 2 diabetes mellitus. These agents lower the kidney glucose margin levels resulting in an increased amount of glucose which will be excreted in the urine (Table 6).

Dual PPAR agonist (Peroxisome Proliferator Activated Receptor): Nuclear receptor PPAR γ agonists are used to reduce hyperglycemia combained with metabolic syndrome & type 2 Diabetes. It was the main target of fibrate drugs which is a class of amphipathic carboxylic acids. Being potent in normalisation of sugar levels in blood, now a days PPAR γ agonist in thiazolidinedione type will have many worst adverse effects like fluid retention, oedema and congestive heart failure (Table 7).

Removal drugs of type 2 diabetes from the market: In 2006 inhaled insulin was given license for use but it was withdrawn from the market because it has less encouragement. Troglitazone (REZULIN) was not recommended & removed from market due to its potential high hepatotoxicity [20-23]. Phenformin & buformin causes severe lactic acidosis, rosiglitazone (AVANDIA) causes high risk of heart attack & death, but continues to be available in the US, pioglitazone (ACTOS) worsen the heart failure in some patients, due to these reasons these drugs are eliminated from the market.

This review acts as a brief introduction for diabetes which is a growing health care problem affecting individual’s health, health care system and the economy of the whole world. In the hospital the health professionals will meet patients with diabetes. It is the role of them to be properly educated about diabetes and the most current recommended treatments. New drugs are developing to treat diabetes and these important roles have a great impact on the prevention and management of this disease which improves patient’s quality of life. 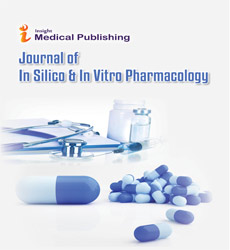